I chose to create my own custom dashboard using Node-RED because I enjoy using the visual function nodes to create commands. This allows me to enhance a new type of programming skill instead of coding within a programming language.

The first step to creating a custom dashboard is to complete the sensor tutorial from Blues Wireless. I will insert my C++ sensor code to view as a reference here. For this code example I used Arduino IDE, BME680 environmental sensor, and the Feather Starter Kit for Swan with the SWD Programmer & Debugger from Blues Wireless. After reviewing this reference code, shown at the very bottom there is a delay of 600,000 milliseconds. This time delay explains that the data is being stored to Notehub every 600 seconds (10 minutes), but for your own testing purposes I would set it at a lower delay to ensure measurements are being taken accurately. The raw data being stored from my BME680 sensor is current temperature (in Celsius) and humidity.

Tips before getting started:

How to create a custom dashboard using Node-RED:

That’s it! Shown below is the final output our Node-RED dashboard that is running on my Macbook. Tag @blueswireless and share your thoughts on Twitter if you decide to follow this tutorial for your own dashboard! 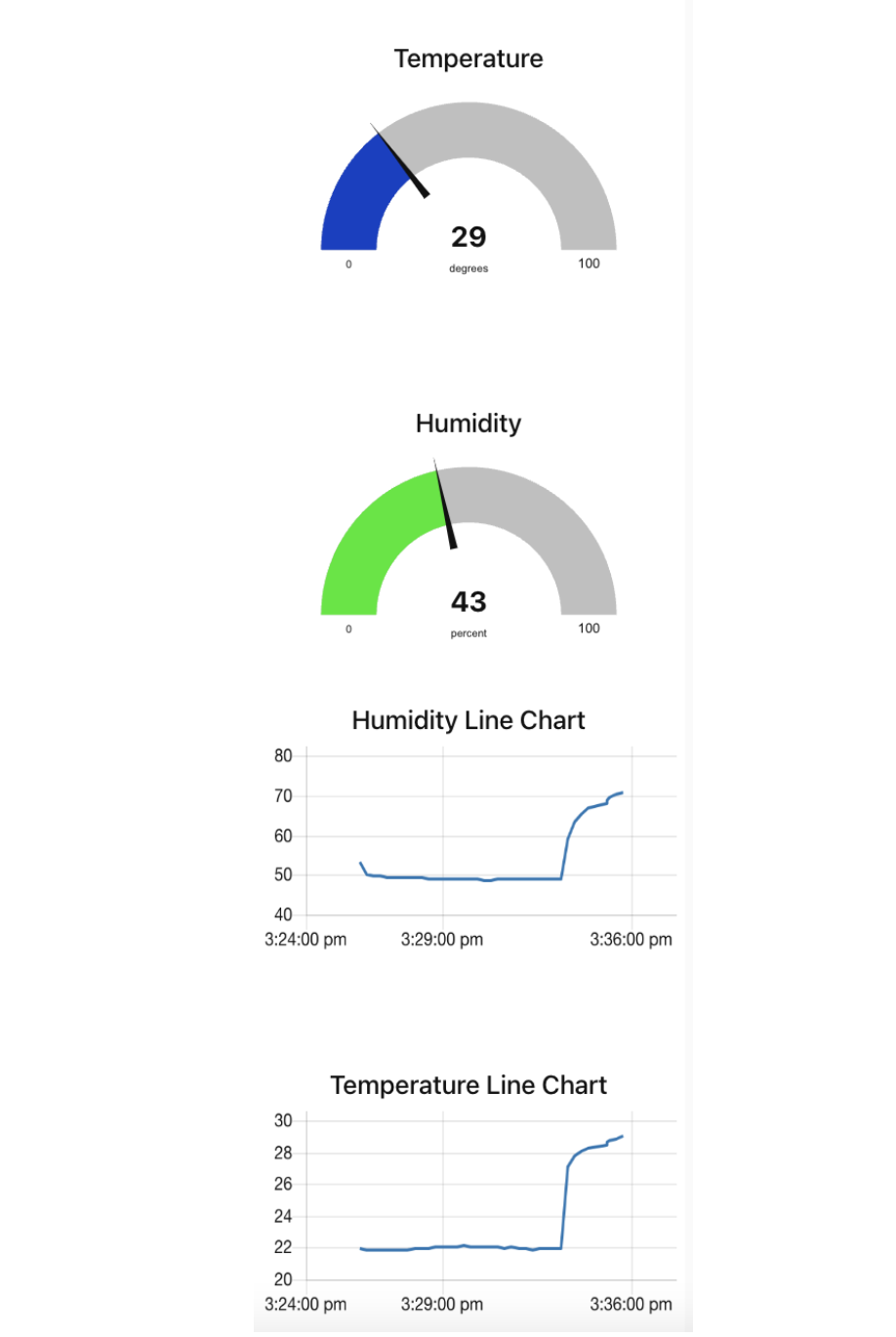